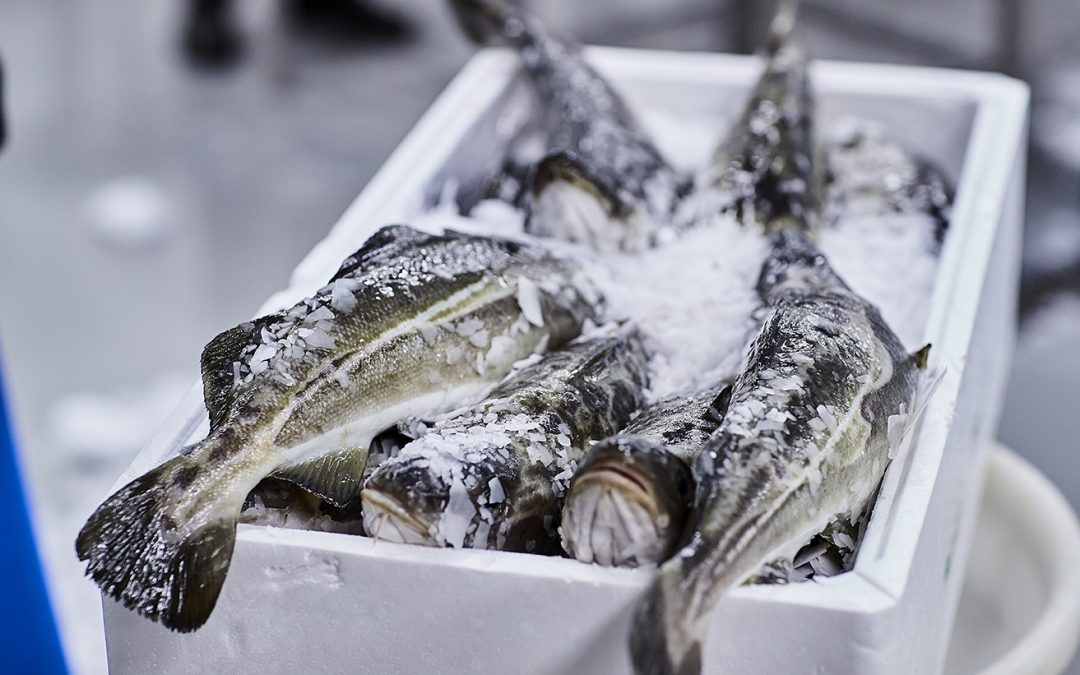 Norwegian investment bank ABG Sundial Collier has given Norcod – a Trondheim, Norway-based company established to farm cod on a commercial scale – a “buy” rating as the aquaculture company continues to attract investments…

Norway Royal Salmon chairman Helge Gaso has joined the top table of shareholders at aquaculture venture Norcod, as it gears up for its first sales of farmed cod this summer….

Trondheim, Norway-based Norcod has moved another step closer to rolling out its farm-raised cod to customers after conducting its first planned sample harvest.

Cod from the first planned sampling were sent to selected retailers, foodservice suppliers, and producers in Norway, Denmark, Sweden, Lithuania, Poland, Germany, the Netherlands, France, Spain, Portugal, Switzerland, England, Ireland, Wales, Scotland, and the United States. The fish were distributed by the Sirena Group, which is handling sales and marketing for Norcod.

“Fish performance has been excellent and optimal welfare is a top priority,” Norcod COO Rune Eriksen said in a press release. “We have high survival rates, the fish have grown very well, and we have been able to harvest 2.5-kilogram cod after only 11 months of production.”

Earlier this week, the company announced new appointments for two executive positions. Christian Riber, formerly chairman of Norcod’s board of directors, has stepped down to become the new CEO. He has also resigned as the commercial director of Sirena Group, which is the largest shareholder in Norcod, and one of the company’s collaborative supply chain partners.

Marit Solberg – a former COO of Mowi and Norwegian Seafood Council chairperson – replaced Riber as chair of Norcod’s board. Hilde Storhaug, who had formerly served as CEO, has moved to a new position as chief sustainability officer.

“Norcod is on an exciting journey to re-innovate and recreate the business of farmed cod,” Riber said. “We have worked hard during the start-up phase and to get where we are now – on the verge of delivering a high-quality, responsibly-produced cod to retailers, restaurant, and consumers around the world.”

Riber said he was encouraged by the positive feedback the company has received from the recipients of the first samples of Norcod’s product.

“I was very excited to hear our customers’ comments on what we believe is a fantastic product with a great future,” he said. “We are very grateful to the restaurants and chefs who have taken time to test the product in spite of the very difficult situation for the hospitality industry due to COVID-19 lockdowns.”

Samples were sent out across Europe and the United States.

We use cookies on our website to give you the most relevant experience by remembering your preferences and repeat visits. By clicking “Accept”, you consent to the use of ALL the cookies.
Cookie settingsACCEPT
Manage consent

This website uses cookies to improve your experience while you navigate through the website. Out of these, the cookies that are categorized as necessary are stored on your browser as they are essential for the working of basic functionalities of the website. We also use third-party cookies that help us analyze and understand how you use this website. These cookies will be stored in your browser only with your consent. You also have the option to opt-out of these cookies. But opting out of some of these cookies may affect your browsing experience.
Necessary Always Enabled
Necessary cookies are absolutely essential for the website to function properly. These cookies ensure basic functionalities and security features of the website, anonymously.
Functional
Functional cookies help to perform certain functionalities like sharing the content of the website on social media platforms, collect feedbacks, and other third-party features.
Performance
Performance cookies are used to understand and analyze the key performance indexes of the website which helps in delivering a better user experience for the visitors.
Analytics
Analytical cookies are used to understand how visitors interact with the website. These cookies help provide information on metrics the number of visitors, bounce rate, traffic source, etc.
Advertisement
Advertisement cookies are used to provide visitors with relevant ads and marketing campaigns. These cookies track visitors across websites and collect information to provide customized ads.
Others
Other uncategorized cookies are those that are being analyzed and have not been classified into a category as yet.
SAVE & ACCEPT